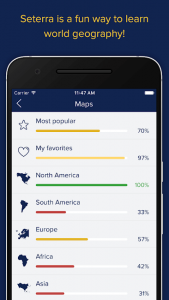 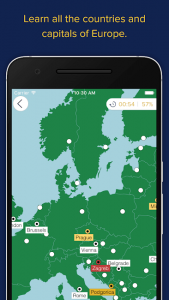 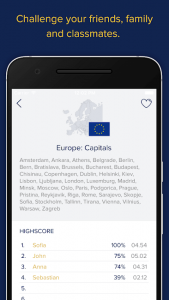 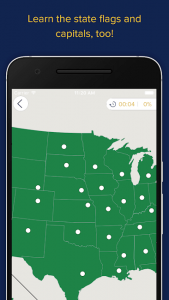 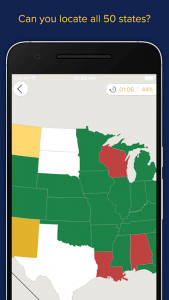 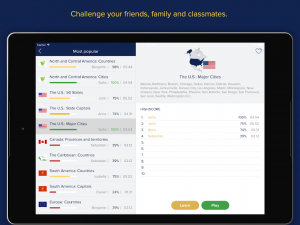 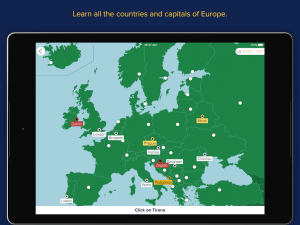 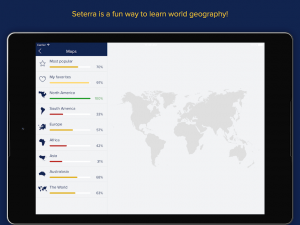 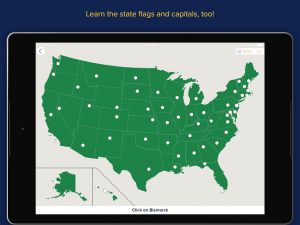 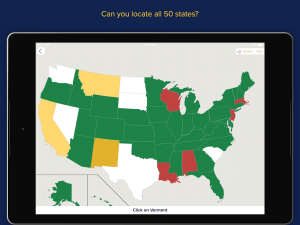 Seterra, the popular online and desktop based geography quiz that has been entertaining and educating geography fans for almost 20 years has finally gone mobile!

In this comprehensive map game, you can conquer the world one region at a time. The Seterra app includes 300+ different map quizzes to test your map skills. Learn to distinguish Tasmania in Australia from Tanzania in Africa and France’s bleu, blanc, rouge flag from Russia’s white, blue and red stripes. Cities, countries, capitals, continents and bodies of water are all in the mix. Find Kilimanjaro and Mount McKinley in the world mountains game or discover exotic islands in distant parts of the globe when trying the world islands quiz.

• Available in English, French, German, Spanish and Swedish
• Voice feature in English, German, Spanish and Swedish. Listen and learn how the location names are pronounced!
• Zoomable maps with clear outlines around countries
• Sessions are timed and graded for accuracy
• Track progress across multiple categories
• Leaderboards showing top scorers for each challenge
• Create a My Favorites list of preferred games for easy access
• Unlimited chances to retake a segment and improve the score
• Offline play supported

• Find states, territories, provinces, and their capitals in North America and South America, Europe, Asia, Africa, an Australia!
• Discover oceans, seas and rivers across the globe
• Explore mountain ranges and volcanos
• Match flags to the right country
• Locate the world’s 25 largest cities
• Find all 193 UN members state in the map in one single game!
• U.S state capitals
• Locate the 60 largest countries of the world by area.
• Try to learn all the provinces of China and their capitals.

Examples of map games about North and Central America:

• Learn all the US States at once, or break them down into sub-regions.
• Memorize all the US state capitals.
• Learn the U.S. State abbreviations
• Locate the original 13 colonies on the map
• Try the Canadian provinces quiz
• Learn the countries and capitals of the Caribbean

• Learn all the states of Europe at once, or break them down into sub-regions.
• Learn the all member states of the European Union
• Locate the German Bundesländer
• Explore the major rivers and mountains of Europe
• Study the counties of Ireland and England

• Learn all countries of Africa in a single game, or divided into sub-regions.
• Find the provinces of South Africa