Apps in the Same Category:

Do not install this application unless requested from other app.

Pydroid repository plugin provides a Quick Install repository with prebuilt packages, that contain native libraries. Its only purpose is to allow Pydroid to respect the Developer Program Policies on downloading executable code. You may find it being inconvenient to install a separate app for this, but this is currently the only allowed way.
If you are unable to install this plugin, you can still build libraries from their source code via unticking “use prebuilt libraries repository” option (this will take a lot of time and may require to install dependencies manually).

These packages are not allowed to be used by any applications, that are not related to Pydroid (programs launched in it are considered to be related), unless stated otherwise in the package license.
All trademarks are the property of their respective owners.

You may need to uninstall this app manually before updating to this version (in case of problems).Python 3.9 update 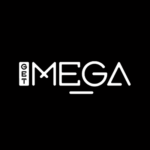