Currencies are measured and valued by various standards. Bitcoin fulfills enough of these requirements to be considered real money. You can exchange Bitcoin for another currency or use it as a unit of account; it’s scarce – but not too scarce, when divided into sub-units – and durable.

Depending on the scale of the recession following the COVID-19 pandemic, Bitcoin might become a permanent staple of the global economy. For example, in September 2021, El Salvador accepted Bitcoin as a legal tender and payment method. Other countries have taken this news either as an economic revolution or an act of rebellion.

If you’re wondering: “What is Bitcoin, and can I use it like regular money?” we’re here to discuss the answer to that. What started as a tough-to-understand new invention in 2009 is now one of the most important investment opportunities on the market. Now, the fundamental question is whether we should embrace Bitcoin as a currency like any other.

A Token of Wealth

Bitcoin is a cryptocurrency: A digital form of money built on software architecture. Bitcoin is also decentralized, i.e., independent of financial institutions, with its value not tied to any other currency or asset. On the other hand, like other currencies, Bitcoin is a source of value.

You can trade Bitcoin itself, or use it to trade other things, as more and more businesses start accepting cryptocurrencies as a form of payment. In other words, Bitcoin’s value stems from the fact that you can use it to do most things you can do with fiat currencies.

Cryptocurrency has several benefits over fiat money. While it’s much more volatile, and its value can be dramatically affected by seemingly irrelevant events (e.g., someone’s tweet), the transactions you make with it are extremely reliable. Because it relies on blockchain, a distributed ledger, evidence of any exchange of value you make with Bitcoin is irreversibly coded in the blockchain. Crypto wallets, especially cold ones, are also safer than a regular bank account.

The biggest advantage of blockchain technology is that it’s a decentralized peer-to-peer network. This makes it nearly impossible to hack, as everything that happens on it needs to be verified by all the nodes in the network. Comparatively, centralized bank systems are much more vulnerable to cyberattacks.

Bitcoin fits other currency criteria perfectly, too. It is scarce: There will only ever be 21 million Bitcoin tokens. This would be too scarce, but those can be divided into sub-units, down to satoshis (0.00000001 BTC), and its value is expected to rise once it can no longer be obtained through mining.

With crypto wallets and exchanges, you can transfer Bitcoin to other accounts at minimal cost exceptionally quickly. On the other hand, moving fiat money can take several days and often includes various fees.

Durability is another front where Bitcoin (and cryptocurrency in general) is much better than physical money. Physical money can endure the test of time only up to a certain point before it breaks down. Bitcoin does not have this problem; physical cold Bitcoin wallets can be damaged, but the tokens themselves cannot be harmed in any way. However, Bitcoin can be permanently lost if its owner loses the private key required to access the tokens in the wallet.

Bitcoin’s beginning can be traced back to 2009, when Satoshi Nakamoto, an alias for an individual or several people, introduced the foundational principles of cryptocurrency. There is still no clue as to their real identity.

In the whitepaper they released, Satoshi Nakamoto stated that there would never be any more than 21 million Bitcoin tokens. In 2021, 18 million tokens are in circulation, and the peak value of a single Bitcoin was $64,888.99. The Bitcoin supply is predicted to be fully mined by 2140.

The Perfect Moment to Join

Bitcoin’s core principles are simple enough to grasp, and by most definitions, it should certainly qualify as real money. Cryptocurrency has only just begun making its mark on worldwide economic history, with many exciting ventures waiting ahead. In other words, it’s the perfect moment for you to experience using Bitcoin and be a part of that history.

Essay Writing Services: Legal or Not?

How to Choose a Reputable, Reliable IT Support Company Alt Title 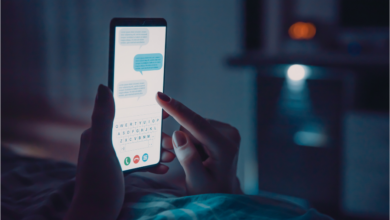 How Current Events Cause Worldwide Stress

What is Bitcoin, and How It Works?