The advancements in IT and technology have turned the attention of man from big and difficult to handle appliances to smart and easily handled and highly productive gadgets. Smartphones or the commonly called Android phones are the best display of this journey done by the technology in the end of the twentieth and the beginning of the twenty-first century. 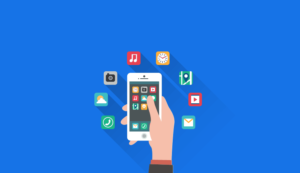 It has been noticed that the Android Operating System has the highest market share and it is increasing by the launch of every latest version that is updated constantly. The top market share held by Android has further intensified the competition between operating systems of mobiles.

There is no denial to the utter and obvious truth that the most powerful, domineering, and flourishing market in the world is the market of technology. It is surprising to see that things are vanishing from the physical scenario and are emerging on the virtual front gradually which makes the market of technology stronger, competitive, and powerful in nature. The products, items, devices, and gadgets related to technology, therefore, have the largest share in the market because it is pre-established that technology is the governing market so the product generated by the mobile industry has the largest share in the market and this relationship is directly proportional. The more mobile technology advances, the more there will be an increase in the share generated by it in global as well as the local market. Google has really revolutionized smartphones and mobile devices with its innovative technologies as well as its highly talented community of App developers and designers. Thanks to the thousands of mobile app development companies out there, which have helped to create outstanding applications in Google Play for literally every purpose, and are still inventing.

To have the largest market share in the mobile industry means having complete authority over all other companies, operating systems, and forms of technology because the majority of the forms of technology are directly linked to mobile phones for their operations and application. If the mobile market and its technological advancements are checked it is evaluated that the most successful operating system with the highest market share is the Android mobile operating system that is currently enjoying the status of most used and well praised mobile systems. The Android operating system is developed by Google so that it appears not only in mobile phones but is present in Television, automobiles, tablets etc.

Due to the presence of the Android operating system in multiple gadgets and devices it has become the top system having the largest share in the market. The share percentage of Android was about 85% of the total market share in 2018 which kept on increasing and it was recorded 86.1% in 2019 that was the highest in that year. In 2020, the share shared by Android in the market is as high as 87 %. That is a remarkable achievement and highly appreciable feature of Android. Moreover, to have a market share of 87% is ground breaking fact because so far no other operating system has been able to achieve this much share in the market.

The tremendous evolution made by the Android mobile operating system is because of a bundle of amazing and attention catching Android versions that are updated by the Android system from time to time. If there is only one version that is not updated as the time and needs of society then there will be monotony and this fixity will cause a retardation in the progress of Android. The versions introduced by Android show in the mobile market nothing is final and anything that promotes the share percentage and users ratio is right to work on it. So for this reason there is a complete range of versions introduced by the Android operating system starting from the official debut version from 2008 to the ongoing year 2020.

The first and earliest version was named Android 1.0 that was just a basic fundamental software comprising essential applications like Gmail, YouTube, and Calendar that was an initial package of social applications. After just a gap of one year, a new version appears called as Android 1.5 Cupcake that was remarkable and appreciated for one feature that was the addition of an on-screen keyboard for the first time. Furthermore, it also the option of video calling that was also for the first time in the history of mobile operating systems. This feature increased the users and the consumer rate was inclined to unstoppable progress and fame.

Donut, Android 1.6 was introduced a year later which was a critical version to fill the lapses that exist in the operating system of the mobile industry. The journey of evolution does not stop here and continues to achieve more and just after a gap of six weeks a new groundbreaking version was launched named as Android 2.0 Éclair and by this version, Android entered into the mainstream of operating system that achieved so much popularity which never ceased to increase after this level rather kept on upgrading more and more. Android 2.0 Éclair introduced those surprisingly new features that were unheard in the domain of the mobile industry yet. The speak-to- text option was added and in addition to this navigation options are the hallmarks of this version that jumped the market share of Android even more than previous versions.

The version Android 2.1, Android 2.2 Froyo has the characteristics that were more improved and innovative than the previous ones like the home screen improvement and the facility of making notes. The main increase in market share by this version is the Flash support provided to web browsers of Android. In this way the tremendous versions were introduced one after another and those versions are the elements that brought fame to Android and helped it to have the largest market share.

Tips for Writing a Good College Essay in 2020

Gambling games in a casino: Types and features