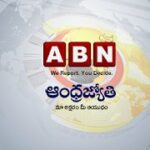 ABN Andhrajyothy app has been published by the ABN network for android and iOS users and is available on both play store and app store to download easily. ABN Andhrajyothy app consists of ABN Live TV, Telugu News portal, E-Paper, English News portal and Navya Weekly and it also broadcast all type of news efficiently of Andhra Pradesh and Telangana.

ABN Andhrajyothy App was launched in 2020 and since its release, thousands of people have downloaded it and using it because it is the same as holding a tv in your hands and watching news anywhere in the world.

ABN Andhrajyothy is basically a Telugu news channel and newspaper made for people from Telangana and Andhra Pradesh and others stated that they speak Telegu. The ABN Andhrajyothy App is also available in the Telugu language so that the people who speak and understand Telugu find it easy to read and watch the news on the ABN Andhrajyothy app. This app has made the life of people Telangana and Andhra Pradesh and other Telugu speaking stats so easy that they can watch and read the news of their state in the language that they understand. This is the only reason that in a very short period of time this app has become famous.

The ABN AndhraJyothy channel was launched on October 15, 2009, and is one of the biggest Telegu channels and newspapers since the day it has been launched.

The interface of the Andhrajyothy app is very simple and user-friendly. Users do not find any difficulty in understanding the interface of the app because of the simplicity it provides. The color scheme is used is very eye chanting for the user and everything is categorized in the right way for the ease of the user.

The entertainment and show biz category is placed differently on the app with other categories as well.

There is also an option for adding your favorites, last reads, my clips and next to that settings option is also there if you want to change any setting and in case of any problem, there is feedback option too for users to complain or give feedback about the use of the app.

The ABN Andhrajyothy app is free and easy to download from both play store and app for both android and ios users. The user just has to click the download button In the store to download the app and the app will be downloaded In their android or iOS devices.

Data or network charges to download or use may apply but other than that the users can enjoy the app for free.